What is the difference between organic and conventional herbs and spices?

Herbs and spices have been used to fortify foods throughout history as preservatives, flavor and therapeutic agents. Although herbs and spices are low-cost commodities, they are nowadays valued as gold or jewels for many centuries. Herbs and spices were used by the ancient Egyptians and have been used for Centuries in India and China. Today, herbs and spices can be used to increase the acceptability of foodstuffs and improve their health. World Health Organization survey pointed that 70–80% of the world population depends on modern medicine mainly on herbal sources in their major healthcare. Moreover, 80% of population in developing countries and up to 60% of the world's population depends directly on herbs and plants for their medical benefits.

Also, herbs and spices have been utilized as food additives all over the world, not only to enhance the organoleptic properties of food, but also to increase the shelf life by decreasing or eliminating the foodborne pathogens. Several studies have recommended the use of dietary herbs and spices for their beneficial effects on human health through their antimutagenic, anti-inflammatory, antioxidative, and immune modulatory properties. A dietary guideline refers to the utility of herbs as excellent sources of antioxidants and as salt alternatives.

Herbs and spices are used to impart an aroma and taste to food. Several herbs have therapeutic properties such as antioxidative, anti-inflammatory, antidiabetic, antihypertensive and antimicrobial activities.

Spices and herbs have been used as flavor, colour, aroma, enhancing agents and for preservation of foods. There has been increasing studies on the role of spices and herbs as natural preservatives and for medicinal purposes. 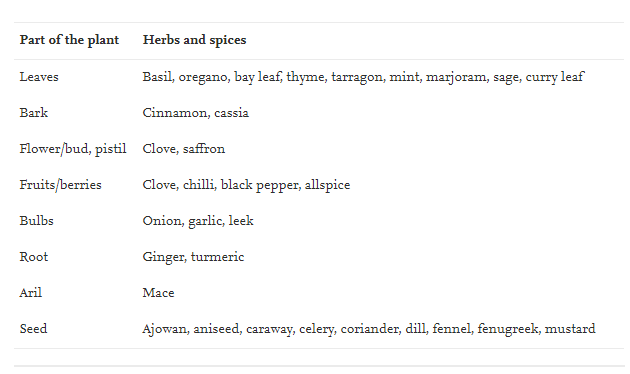 Read on to find out whether the advancement of science is a boon or bane in the conventional cultivation process.

Preservatives can slow decomposition caused by mould, air, bacteria, or yeast. In addition to maintaining the quality of the food, preservatives help control contamination that can cause foodborne illness, including life-threatening botulism.

Colouring is added to food to replace colours lost during preparation, or to make food look more attractive.

where spices are growing? The quality of the soil plays an important role in the nutritional content of the cultivated spices. In non-organic farming techniques, the main concern is timely yield, and all kinds of chemical fertilizers, pesticides, fungicides and insecticides are used to meet that end. Little to no is given to the quality of the soil. There have been multiple cases reported of traces of lead from the soil being absorbed by the turmeric plant, that remained in the end product of the spice as well. In the case of organic farming, such scenarios can easily be avoided, as a detailed study regarding all aspects of the cultivation process is done right at the beginning and assured with the international USDA - OCIA certification that there is a rigorous verification test to every lot. They claim for traceability and transparency at all times.

It is a common practice to use anti-clumping agents in powdered spices, to avoid the formation of lumps when they are packaged. What many don’t know is that, once again, harmful chemicals like sodium aluminsilicate, sodium ferrocyanide, calcium silicate and silicon dioxide are used for this process. Manufacturers do not need to mention the anti-clumping agents in the ingredients list. It is not a regulation, a law, a protocol of transparency. There is no obligation in publishing these crucial information on the labels.

One of the main reasons to switch to organic spices is the fact that it does not use any synthetic chemicals, pesticides, fungicides and insecticides for the cultivation process at all, and instead substitutes it with organic manure and bio fertilizers. This ensures that you are consuming the wholesome goodness of the spices, and not a pesticide-laden by-product, as in the case of non-organic spices.

In order to bring down the costs of bulk production and enhance flavors, conventional spices use additional fillers and flavors, some of which are downright harmful for health. In a recent survey, it was found that a conventionally produced spice contained high levels of MSG (Mono Sodium Glutamate). In spite of being an excellent flavor enhancer, it is deemed as cancer filler by health experts. The known "gluten-free" filler called cellulose which is food fiber that was found lately in Parmesan; do you remember this scandal on the news? Corn and wheat found in paprika, turmeric, oregano, basic, black pepper, that have a yellowish color easily recognizable when you look closely at herbs and spices containers, main ingredients or mixed spices or seasoning. We find also to much salt and even worse, sulphate (this ingredient is also found in laundry detergent) to bring down the costs of bulk production and enhance flavors. These scenarios can never occur in the case of organic USDA - OCIA certified spices, as no additional flavor enhancers or fillers are used.

Conventional spices use two sterilization methods before the spices hit the markets viz. fumigation and irradiation. In fumigation, harmful chemicals like ethylene oxide are used to kill the bacteria and other microbes, and while it is successful in doing that, it is also extremely toxic to humans. This hazardous chemical is found to be linked with nervous system failures and various cancers in workers who are exposed to it. In fact, European nations have banned the use of such fumigation processes that use ethylene oxide. The irradiation method is equally hazardous, as it uses electromagnetic radiations to curb the microbial population in the spices. This has several negative effects on the spice as its chemical composition is disturbed; as a result of these findings, the irradiation method is banned in Japan. Cut to organic spices, where only safe sterilization methods like steaming is done that use nothing but plain water.

If you are looking to curb the chemicals from your kitchen shelf, head to our shop, www.mchef.com/shop for the assurance of high-quality, natural, certified, organic spices. Enjoy a healthy lifestyle and good nutrition with bursts of flavors. 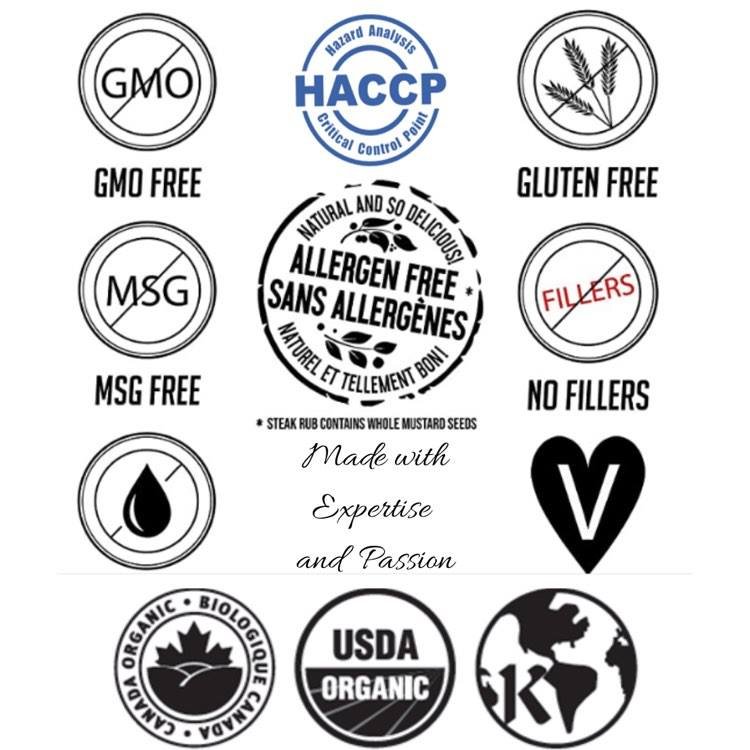